Close
You have no items in your shopping cart.
Menu
Search
Wishlist
Cart
Filters
Personal menu
PDF in Revit 2021

Can bamboo be used as a substitute material for steel and concrete in high-rise architecture?

Can bamboo be used as a substitute material for steel and concrete in high-rise architecture?

The background of bamboo and brief information about steel and concrete will be used as a starting point to this article. The ways which engineered and typical bamboo stems can be substituted for steel and concrete used in building systems where it endures the most load will closely be looked at. The two main systems examined in finer detail are structural columns and floor reinforcement. The precedents investigated will be developed and complemented with images and diagrams. The images and diagrams will explain ideas of how bamboo can be resilient enough to be applied in high rise architecture. Its limitations and aesthetics will further be discussed.

The background of bamboo

Bamboo is greatly appreciated because of its versatility, properties as well as its aesthetic qualities. Its structures are uncomplicated to build, easily repairable, strong against wind and is resilient to small earthquakes. Assembling bamboo structures on site is convenient and constructing a complete bamboo dwelling can take as little as two days. It is a material that is high strength and lightweight that can simply be manipulated by using basic tools. Being a sustainable and cost-effective substitute for other construction materials, the interest is increasing in the development of bamboo products worldwide because it’s a highly renewable resource. It is one of the quickest growing plants on the planet reaching its full height in three to five years, whereas trees can take twenty to one hundred years to reach maturity. In comparison to spruce forests over time, bamboo forests have up to four times the carbon density per hectare. The plant doesn’t require much maintenance and can be harvested without eliminating its root, saving one from replanting it each season. Many species of Bamboo are mostly found in the developing areas of South East Asia and Latin America. One of the drawbacks of the typical bamboo stem is they are known to easily split vertically when used in structures. This can be prevented by using Guadua Bamboo which is one of the strongest bamboo species in the world. Guadua is mostly found in Latin America and is very resilient to splitting making it more ideal for holding metal nails in construction. This makes Guadua the preferred bamboo type for bamboo construction.

Due to the increasing prices of steel in recent times, the material has been problematic to attain mostly in developing countries. Other issues include high consumption of fossil fuels during the production of steel and concrete, causing pollution of water and air. As bamboo plants are produced naturally, it is essential for developing countries to use this material more often because it is low cost, convenient, a clean resource and can be a reliable alternative in building construction. In comparison with steel and concrete, bamboo has low manufacturing expenditures as it requires smaller amounts of energy for transportation and harvest. Some species of bamboo are known to have similar yield strength to mild steel although they need to be treated with a protective compound due to their low natural durability. Bamboo stems doesn’t act as well as steel when it buckles due to the stem not being perfectly straight. The stem can still withstand buckling although it must be in lower stresses.

Precedent overview and their joining methods

A resilient structural system must be developed that is suitable with bamboo. Four precedents are discussed and are used as key references. The Kontum Indochine Café is held together by fifteen columns with each support consisting of bent bamboo stems. The columns are cone-like in shape and each is supported together using ropes for extra sturdiness. Despite the lack of green, the interior looks to resemble a calm bamboo forest giving an individual a natural and perhaps a relaxing feel of the space. The German-Chinese House is the second example. The bamboo stems are held together using specialised steel joint connections representing industrialisation which support the roof and its wall frame. Standardisation is realised as the bamboo was laminated with a fire resistant compound.

The structure of the Vigilante Maule timber grid tower as the third example is explored. The tower looks to resemble a hyperboloid form which is a solid that consists of two circles on each end and is accompanied with a hyperbola in the centre. The tower uses a framing system consisting of long and narrow timber planks that are cross braced together with metal plating and screws. The structure is effective in evening out the heavy loads that it would endure. As bamboo can be used as a substitute for timber, it would be a good option to use Guadua bamboo that has excellent nail-holding properties if one was to construct a similar unified structure.

The last example is the Sendai Mediatheque which is composed of a unique structure type. The column-like tubes are structures made up of steel pipes that are thick-walled. These tube structures are exposed which connects to the inserted reinforcement in the floor slabs forming a unified vertical to horizontal metal meshing construction. The exposed tube structures give the space an industrial feel. The building’s lifts, stairs, electrical cables, HVAC etc. are housed in the unevenly shaped tube structures that provide support for the whole building.

From investigating the four precedents and looking at their key aspects, evidence shows that it is possible to develop and construct a bamboo structural system that can support a high rise building. Each key method from the four precedents are applied in conjunction and are used to further develop the bamboo structural system. Bunching up bamboo stems into a hollow cone-like form and supporting them together using ropes, as shown in the Kontum Indochine Cafe, will create an effective and resilient building column. This method is used as a starting point to develop two similar systems.

The first method is using a typical hollow cylinder form instead of the cone-like arrangement. The bamboo is bundled together and rope is used for support. Two crossed raft-like bamboo systems are inserted vertically that travels from end to end of the cylinder. The two faces will consist of two crosses that are the bamboo raft ends. This system acts like a beam supporting vertical loads and the strength mostly comes from the intersection in the middle where the two rafts meet. The raft and its intersection are held together using a similar bracing method applied in the Vigilante Maule.

The Vigilante Maule provides inspiration in developing the second method. To construct the form, the idea uses the same gridded framing system from the Vigilante Maule which consists of timber planks crossed braced together with metal plating and screws. The system developed is made from engineered bamboo planks and the erection is a pure hyperboloid form radially supported by ropes. Two thicker bamboo cross braces are inserted in the centre going in two different directions. The intersections of the two cross bracing in the centre are held together using a similar framing system used in the Vigilante Maule. As the specialised steel joint connections used in the German-Chinese House is only suitable for round bamboo stem ends, the joint connections must be modified to suit the use for the ends of the thicker rectangular cross bracing. The ends of the bracing are then attached to the two ends of the structure. The modified joint connections allow the bamboo to be positioned in desired angles. The height and diameter of the cylinder and the hyperboloid form from the two examples will vary depending on how much load it would potentially endure. In this case, a five metre height and a three metre diameter on both forms are used as an example. The strength of the systems used in the two structures will also be determined by bamboo thickness and the amount of bamboo layers added.

As studies of the plant’s properties, experiments conducted by researchers and application confirms that bamboo can be used as an alternative to steel reinforcement in concrete, it is important to mention various key stages in the process. The bamboo stem selected must be matured and at least three years old. To ensure this, the stem will show a distinct brown colour instead of green that is unseasoned bamboo. The longest and largest in diameter must be selected and harvesting must be avoided in spring or early summer as stems are normally more fragile due to increased moisture. The bamboo stem must be cut into splints roughly 1.9 cm in width however, stem that is less than this measurement in diameter can be used as a whole. The freshly cut splints must be allowed to dry for three to four weeks before use. Bamboo splints or whole used for reinforcement must be treated with waterproof coating. This reduces the absorption of water that may cause it to swell when it meets freshly poured concrete. Without being initially treated with waterproof coating, the bamboo reinforcement has a strong possibility of swelling before the concrete has settled. This might cause the concrete to crack and the slab could be damaged.

The method generally used in the construction of reinforced concrete with steel doesn’t need to be altered when bamboo is used as a substitute. Bamboo column systems that were discussed earlier can potentially connect with the bamboo reinforcement to create a similar structural system used in the Sendai Mediatheque building. The structure is a unified vertical to horizontal meshing composed of bamboo using similar joinery methods to that applied in the German-Chinese House and the Vigilante Maule structure.

Its potential is very promising…

According to findings from the research completed for this article, bamboo used as the dominant material as a substitute for steel and concrete in high-rise buildings is plausible. The four precedents investigated and developed provided some evidence that structural systems suitable with bamboo can be sturdy enough for potential use in high-rise buildings. It is clearly important to gather and develop further data to consider practical and effective use. Practicality will be determined in the design of the bamboo structure and combination of different materials utilised in the construction.

Further research confirms that bamboo can be used as a substitute for steel reinforcement in concrete slab using the same method as one would generally use with steel, although the bamboo needs to be initially treated. Positive attributes of bamboo were mentioned stating its economic and ecological benefits. Not only do some species of bamboo have similar yield strength to mild steel, bamboo reinforcement is also much cheaper than steel reinforcement. Negative attributes were also stated discussing its natural susceptibility in absorbing water although this can be prevented by initially treating the bamboo with a waterproof compound.

The use of bamboo being widely adopted in future construction as an alternative to steel and concrete in developed countries such as Australia is still unknown. Its potential is very promising; however, the general spread of its use is disadvantaged by the shortage of engineering data for building codes and mechanical properties. There are several researches that are in the process of solving these issues. Many new techniques are in the process of development that could possibly make bamboo the best material used in future construction, in terms of cost and being environmentally-friendly. 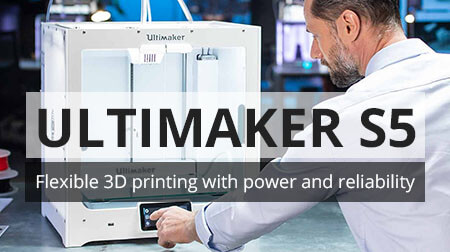